Tommy Thompson: 50 Years With the PSO 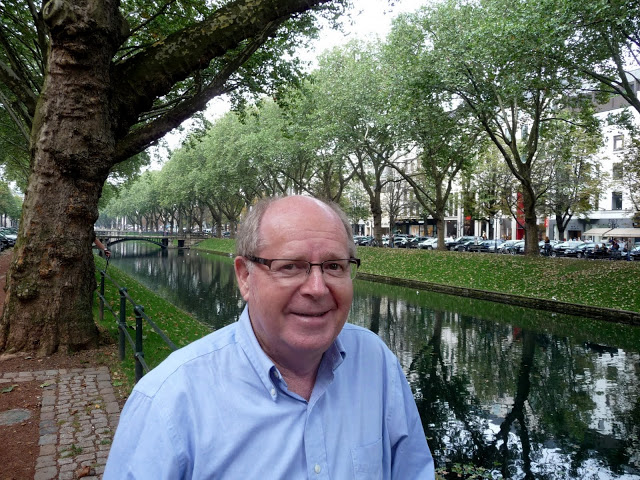 “I was an s.o.b.,” Tommy recalled. No, not what you think. “Son of a beautician,” he clarified. From humble beginnings in the small Mississippi town of Belzoni to an awe-inspiring 50-year tenure as the Co-Principal/Eb clarinetist of the PSO, Tommy Thompson will be retiring at the end of this season.

Tommy warmly recalls his childhood and the encouragement and support from his parents. His first clarinet lesson, playing Hot Cross Buns on a metal clarinet for the local band director, was memorable. “She told me to make it sound pretty.” His father would eventually spend more than eight weeks salary to buy Tommy his first professional level clarinet. His education path took him through Memphis, Chicago, and Cleveland. His teachers included Jerome Stowell and Clark Brody of the Chicago Symphony and Robert Marcellus of the Cleveland Orchestra.

After stints in the Chicago Opera Ballet, Grant Park, and the Boston Pops touring orchestra, Tommy won a position in the PSO.

Tommy is the only current PSO musician hired by William Steinberg. Steinberg’s legacy figures prominently in Tommy’s perspective. “The PSO is not just the people playing today, but all the people who’ve played before, who’ve built this foundation. We’re layering on top of that. It’s our collective responsibility to keep the standards up, and for the administration and community to support that. The PSO is a public trust.”

Tommy reflects on moments throughout his career that have reinforced his belief in this orchestra as a destination job, where music-making at the highest level is the benchmark. “I remember a Mahler Symphony No. 2 at Carnegie Hall where, from the first chorus whisper of Aufersteh’n to the end, it felt as if my feet were off the ground.” Steinberg’s successor, Andre Previn, became a good friend. The two collaborated beyond the orchestral repertoire, with several performances of chamber music in Pittsburgh and on tour in Asia. “Previn was one of the greatest, most versatile musicians I ever knew.” He recalls Lorin Maazel, the PSO’s next music director, and his sterling baton technique, which made him one of the “easiest and hardest conductors to play for; he showed you everything with his stick, so if you failed in any way, it was on you.” Reflecting on the Mariss Jansons years, Tommy characterizes the PSO’s evolution this way: “Maazel had created this wonderful machine, and Jansons drove it like a sports car!” When current music director Manfred Honeck debuted with the PSO, Tommy was astonished by his demand of “this wonderful lightness of phrasing in Mozart’s Symphony No. 40.”

Tommy appeared as a soloist with the orchestra on many occasions, highlighted by a series of performances of the Nielsen Concerto with Gunther Schuller conducting. He played in the principal clarinet chair on several domestic, European and Asian tours, and on many recordings during the Previn years. His sparkling Eb clarinet solos in the recent Strauss tone poem recordings are a poignant denouement to his PSO career.

Fortunately for the clarinet world, Tommy will continue to teach at Carnegie Mellon University, imparting infinite wisdom to future generations of clarinetists. And fortunately for us, his daughter, cellist Alexandra, recently won a position in our ranks.

We musicians salute Tommy. We will miss seeing him at work. We will miss his camaraderie and his storytelling, especially of his childhood, when his southern drawl would emerge a tad more. We will miss his sense of humor, and perhaps mostly, we will miss his making it sound pretty. We offer our utmost admiration and congratulations for a career that has inspired us all.